What is Parkinson's Disease (PD)?

PD is a progressive nervous system disorder that affects how the person moves, including how they speak and write.

10% of cases of PD’s disease are primarily due to genetic causes. The most common genetic effect that triggers PD is mutation in a gene called LRRK2.

People usually develop PD around age 60 or older. If someone is diagnosed with PD at the age 21-50 years, it is referred to as early onset or young onset PD (YOPD).

Men are more likely to develop PD than are women. 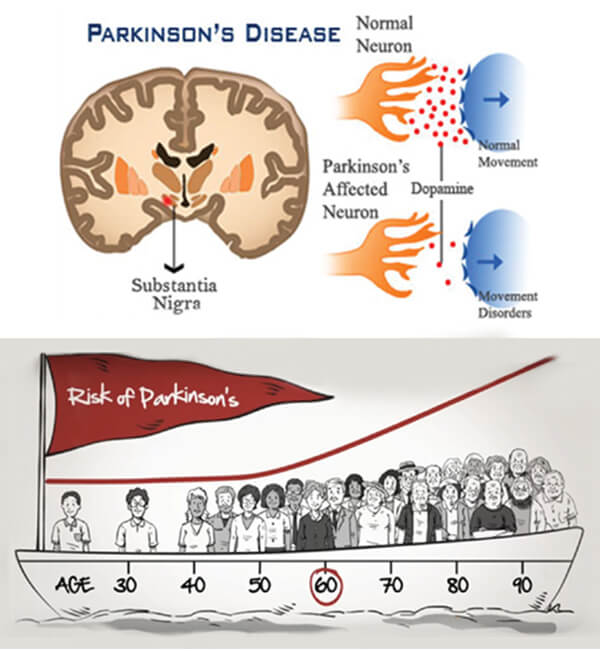 Failure of an oral dose of levodopa to produce an effect and delay in the onset of action have been associated with problems in absorption of oral medication in PD patients.

More than 80 % of patients with PD develop dysphagia during the course of their disease4.

Dysfunction of the gastrointestinal tract leads to:

The issue is further complicated by gut abnormalities, such as

Symptoms of Parkinson’s are severely disabling

has helped many more to get them

. We would love to hear your story.